December 21, 2017 – In 1893, a collector caught a bee. Dried for conservation and pinned to a board, the insect, a solitary mining bee, has spent decades in a UK museum collection.

Today this bee is busy again. It is among hundreds of specimens from two British collections – at the Natural History Museum in London and the Natural History Museum at the University of Oxford – used in to research revealing that this species has become increasingly out of sync with the orchid which needs it to carry pollen from bloom to bloom so that it can reproduce. Researchers keep track of when each insect specimen was collected, giving them a good idea of ​​when bees started flying each year. For orchid specimens, it’s a similar case: Previous research has shown that the date a plant was harvested corresponds quite well to the species’ peak flowering period that year. The conclusion of the study? The warmer temperatures prompted the bee to take flight earlier each spring, and although the orchid is also responding to the change in temperature, its flowering time has not progressed as quickly in the calendar.

The study is the first supported by long-term data to demonstrate the potential of climate change to disrupt the delicate evolutionary balance between plants and pollinators.

Using dead specimens to explore climate change, the study is an important reminder that natural history collections – cabinets and drawers teeming with carefully identified and preserved animal carcasses or plant parts, hosted by museums and universities around the world – are more than collections of curiosities. They not only provide a unique and critical window into the past, including discovery of species who have has not been described before – but they can also help us understand the present and see our future under climate change.

The treasure of time

“It’s a very under-exploited resource,” says Anthony Davy, an ecologist at the University of East Anglia in the UK, who worked on the bee / orchid study. But over the past 10 to 15 years, the use of biological collections to explore issues related to climate change has grown.

The collections allow researchers to travel back in time to track how historic climate changes have transformed the timing of biological events, such as the flowering of plants. Biologists who study the relationship between climate and the life cycles of plants and animals can only obtain a limited amount of information from real-time observations, because the long-term data required for research climate take decades or more to put together. Specimens in collections can fill in gaps left by field notes.

At Harvard’s Arnold Arboretum, for example, biologists from Harvard and Boston University examined specimens from the herbarium – a collection of dried plants – to see what time of year they were flowering. By comparing these recordings with living plants in the Arboretum Botanical Garden, the researchers were able to understand how these species responded to climate change. 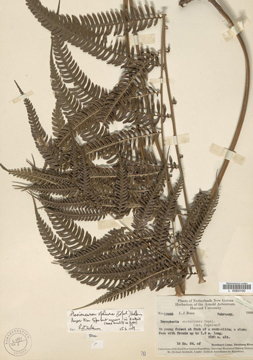 The herbarium collections show what past conditions looked like, helping researchers in their quest to find out what has already been affected by climate change. Wikimedia Commons / Public Domain / Arnold Arboretum Herbarium, Harvard University

In a similar to study, scientists from China and Nepal examined some 900 plant specimens accumulated since 1961 and found that Tibet’s vegetation was blooming earlier and earlier. Another one research project examined how recent changes in Colorado’s climate have influenced the evolution of Alpine butterflies.

Collections can also help scientists sketch out future prospects, predicting whether and how organisms will be vulnerable to future climate change.

To discern future impacts, we first need to know where species exist now and how their ranges have already changed, says Barbara Thiers, director of the William and Lynda Steere Herbarium at the New York Botanical Garden. “This information can only be obtained, in reality, from specimens,” she says.

In 2015, researchers used museum collections, including some dating back to 1895, to project how California’s redwoods might behave as temperatures keep rising. Because they grow along the Pacific coast, redwoods are sensitive to small-scale interactions between the atmosphere and the ocean. This means that local data is important for developing climate adaptation and conservation plans. It is difficult to rely on such data, as standard approaches to adaptation and conservation use climate simulations on a global scale. But high-resolution historical climate data, paired with museum specimens from the same time frame, provided researchers with a workaround. With specimens from more than a dozen herbaria, they mapped the current range of redwoods and built a computer model simulating the near future. The model predicted that as temperatures warm over the next two decades, redwoods will retreat to cooler climates, losing suitable habitat in southern California while expanding north.

Data from collections is also useful in general assessments. In the early 2000s, a team of researchers set out to project how climate change could transform ecological communities in Mexico.

Forty-five natural history museums from around the world have provided the Mexican National Commission for the Knowledge and Use of Biodiversity (CONABIO) with data on the distribution of more than 110,000 specimens of mammals, birds and animals. butterflies collected in Mexico. The research team used the data, along with environmental data and climate scenarios, to project how these species might fare in 2055. study doesn’t anticipate much extinction, he warns of the potential for “serious ecological disruption” resulting from high species turnover rates.

As useful as collections can be, working with them sometimes comes down to bringing together a herd of toddlers. Each data point wants to move away in its own direction as collections are a mishmash of specimens taken at different times and places for different purposes.

On the one hand, what is in a collection is neither more nor less than what a former collector has decided to deposit. With greenery, for example, common and notable plants growing in clumps tend to be picked – and thus end up in herbarium collections.

Since climate change studies are intimately related to time, time biases can also be distressing. A researcher may find, for example, drawer after drawer, year after year, specimens of squirrels – a record that stops the year when funding has dried up or when a graduate student has completed his thesis. 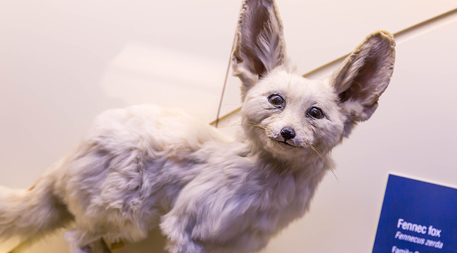 Geography matters too. In Australia and South Africa, for example, collection hotspots are located near the coast. And worldwide, there is a relative dearth of specimens from the tropics and subtropics.

But these obstacles are not insurmountable. “Because museum and herbarium archives can actually produce such amounts of data, you have the statistical power to search for the underlying signal,” Davy explains. In other words, one or two data points could lead researchers astray, but the collections contain enough specimens for scientists to see actual trends.

Funding and support, then, can be the biggest problems. Over the past 20 years, more than 100 herbaria in North America have closed. As budgets have been cut, natural history museums have also cut staff, leading to situations where large institutions like the American Museum of Natural History lack of dedicated curators for whole classes of animals. A university eliminated his collection to make room for expanded runway facilities.

Despite these challenges, researchers continue to innovate. A new front for museum research is citizen science. In an article published earlier this year, a group of Harvard biologists partnered with the University of Waterloo’s Human-Machine Interaction Lab to collect data from herbarium specimens for climate change research.

The team took photos of dried plants from New England collections and uploaded them to CrowdCurio, a scientific crowdsourcing platform created by computer scientists at the University of Waterloo.

When the research team paid lay workers to count the number of flower buds, open flowers, and fruits on each specimen, they found that while experts assessed the data faster, the pooled data from non – experts were no less precise – although it was a lot cheaper.

Looking at the numbers for different traits at different stages of the plant life cycle, research has shown that crowdsourcing can provide the volume of data needed for a more nuanced assessment of how species respond to changes in temperature than is expected. offer standard single line studies.

Such methods make collections-based research even more powerful, helping scientists answer questions faster. And for an issue like climate change, where time is running out, every minute counts.

Editor’s Note: Andrew Urevig produced this article as a participant in the Ensia mentoring program. His mentor for the project was Greg Breining.